Like a carefully choreographed dance, more retailers are following Target’s lead, welcoming transgendered people to use the bathroom they identify with. Starbucks, Barnes and Noble and Hudson Bay Co. (parent company of Lord & Taylor and S 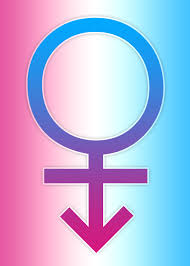 It could be seen as a gutsy move since the response to Target has been … um…. controversial. More than 1 million folks signed a petition to boycott the retail giant and multiple instore protests by anti-LGBT protestors have made it clear that this is a hot-button topic. (I don’t know about you, but I’m not inspired by people yelling at me to “Repent” while picking out new patio furniture. Maybe I’d listen better if I were in the candy aisle.)

Despite the flak that Target’s getting, the retailer is standing firm – and inspiring others to follow suit. Starbucks says they will be hanging gender-neutral signage on restrooms in their stores. Can’t wait to see what that will look like. Wonder if it’ll be just the male and female symbols with whipped cream on them?  You can bet the signs won’t have too much ice 🙂

Regardless of the bathroom signage, I applaud these stores for a move that could cost them some sales. In the long run, I hope it inspires more loyalty from those of us who consider ourselves allies. I’ll support them and enjoy sipping a skinny hazelnut latte while doing so.

2 thoughts on “The Restroom Issue that won’t Rest”