I promised to update this blog when I learned more about Athena Cadence, the trans prisoner who was on a hunger strike because she was being housed in the male pod of a California prison.

Here’s a quick reminder of her story: Cadence was sentenced for misdemeanor assult. She started a hunger strike to fight for a change in her housing situation. At this particular penitentiery, trans prisoners are housed together, but within the men’s housing area of the jail – which is against jail policy. During her two-month stint of not eating solid foods, Cadence lost 40 pounds and went to the hospital three times. A judge released her last week and she went straight back to the hospital to start being reintroduced to a regular diet.

Cadence complained several times about harrassment by prison staff. The grievances she filed did nothing to change things during her stay, but jail officials say they are investigating her complaints.

There are two other trans inmates still being held there. I hope that while Cadence’s hunger strike didn’t change things for her personally, perhaps her actions will help them and future trans prisoners.

I’ve never been behind bars, but I gotta figure it sucks. And if being in jail weren’t bad enough, this woman is fighting for more than her freedom. The 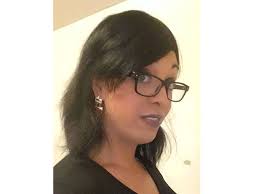 29-year-old trans woman is battling for her rights to be jailed with other women.

Athena Cadence has been on a hunger strike since June 1 (more than 55 days now), hell-bent on convincing prison officials to house her in the women’s cell block.

Athena was convicted on three counts of  misdemeanor assault. She is one of three trans women currently being held in men’s housing. The three of them are in a pod together in the men’s section, which is in strict violation of a policy announced within the last year.

Last September, the former sheriff of the San Francisco County jail announced that transgender women would be housed with other women rather than alone. It was a step toward integration…but it hasn’t happened yet. Athena is demanding that be implemented by refusing to eat. (She’s been on a self-imposed liquids-only diet since June 1.)

She’s got plenty of public supporters and a hashtag: #LetWomenIntoWomensHousing. She just doesn’t have the support of the prison system despite starving herself. Because, hey, what’s food?

Here’s my point: it’s pretty well known that prison is a less-than pleasant place. One might even call it violent. (Insert sarcasm here.) It’s also well known that people in the trans community face more violence than the average joe. So why is this so hard to figure out?

Women don’t belong in the men’s section of a prison. Period. If Athena was female at birth, she’d be housed with women, no questions asked.

When I started researching this story, I saw that Athena was supposed to have a court date yesterday (July 25). I can’t find any information on what happened in court, but I’ll update this blog when I do. In the meantime, I hope prison officials in San Francisco and elsewhere reconsider how to handle their trans population.

The trans community suffers enough as it is. Treatment like this is simply more unnecessary, and possibly deadly, discrimination.